Are Inflammatory Foods the Root Causes of My Illness?

If you’re experiencing health issues such as chronic pain, GI troubles, or high blood pressure, you may be wondering if inflammatory foods play a role in your illness, or even if these foods could be the root cause of your illness.

Inflammation is a bigger problem than most realize and can result in serious health conditions, which can in some cases may even be fatal. In fact, it’s estimated that over 50% of deaths today are caused by inflammation-related diseases.

Here’s what you need to know about inflammation, the effect it has on your health, and whether inflammatory foods could be the root cause of your health ailments.

What Is Inflammation, and When Is It “Bad?”

When it comes to our health, there are two types of inflammation: acute and chronic. Acute inflammation isn’t necessarily a bad thing. In fact, it’s your body functioning exactly as it should and is meant to help you. Acute inflammation is a short-term reaction that occurs when your body has an appropriate immune response to an injury or infection to help protect you and ultimately make you feel better. Your body sends inflammatory cells and white blood cells to the site of the problem to take care of business. This may result in swelling, pain, and redness. Chronic inflammation, on the other hand, is longer lasting (months to years) and it can be harmful to your well-being.

Functional medicine doctor Tejal Joseph, MD, says you can think of inflammation as a “fire.” She says if there are constant, chronic fires happening, your body is continuously working to put out those fires, which doesn’t leave you much time to rest, digest, and repair.

“When you're busy just putting these fires out, your blood sugar's not being balanced, your cholesterol is not being balanced, your joints aren't being tended to, your brain’s not being tended to...the organs are just getting way too much of a strain,” says Dr. Joseph. Unsurprisingly,  this can ultimately wreak havoc on your body –– and inflammatory foods are a factor that can contribute to chronic inflammation, and ultimately, illness.

“We know that there are certain foods that lead to inflammation within our body, meaning we just get these smoldering fires,” says Dr. Joseph. This is essentially because your immune system is having a reaction to the inflammatory foods, similarly to how it would react to any other threat. Your body thinks it’s doing you a favor and protecting you, while in reality, it’s leading to chronic inflammation, Dr. Joseph says.

Diet isn’t the only contributor to chronic inflammation, though. Other factors include:

If you also have these risk factors in addition to eating a diet containing inflammatory foods, you have an even higher chance of developing chronic inflammation, and in turn, chronic illness.

The average American’s diet is full of inflammatory foods, and lacking in staples that are nutrient-dense such as fruits, vegetables, whole grains, and lean meat. On top of being rich in nutrients, many whole foods like fruits and veggies have anti-inflammatory properties.

Rather, the majority of Americans eat foods that are far from nutritious –– high-calorie foods loaded with added sugar, fats, sodium, and more. These unhealthy foods contribute to  inflammation, but when your diet lacks nutrient-rich foods, you also miss out on consuming great inflammation-fighters.

Diets high in the following nutrients are linked to inflammation:

Sadly, most of the food on the shelves of your local supermarket are inflammatory foods, says Dr. Joseph. Many packaged or processed foods will fall in at least one of the categories above.

Not sure if the food you’re eating is high in any of those inflammatory nutrients? Here are common examples for each.

Medical experts agree that inflammation can play a role in conditions such as:

You may also experience general symptoms such as:

Traditional Western medicine tends to focus on addressing current symptoms rather than the root cause. However, for better overall health, wellbeing, and long-lasting improvement, it’s crucial to understand the underlying root cause of symptoms to address it.

In order to determine a root cause and identify what’s impacting your health and body, some testing may be necessary. Blood tests can be helpful. The most common blood test for inflammation is the C-Reactive Protein (CRP) test. CRP is released by your body in response to inflammation, so a blood test showing high CRP levels may indicate chronic inflammation. Blood tests might also measure levels of homocysteine and ferritin, since these are inflammatory markers, too.

If traditional blood testing determines you have high levels of inflammatory markers, it may be beneficial to go deeper with alternative testing, such as methylation gene testing, which looks for mutations in the MTHFR gene, which may be responsible for some of your inflammation. Other tests used in functional and root-cause medicine that can be done to diagnose inflammation may include GI MAP, which analyzes stool to detect pathogens that may be indicators of inflammation, as well as the KBMO FIT, a food sensitivity test that can also identify the presence of inflammation.

If you’ve determined that you are, in fact, suffering from chronic inflammation, you can take the necessary steps to remediate the causes of the inflammation and start feeling better. For example, if you’ve discovered that inflammation is causing or contributing to your illness, and your diet is heavy in inflammatory foods, part of addressing the issue will include making healthy changes to your diet like  cutting back on inflammatory foods. You may also need to add anti-inflammatory foods into your diet or take supplements with anti-inflammatory properties. Other lifestyle changes may be in order, too. Your functional medicine doctor can help you determine the best course of action for your highly individual case.

When it comes down to it, inflammatory foods and inflammation can certainly be one of the root causes of your illness. A functional medicine root-cause approach helps to look at every aspect of your health throughout the whole of your life, rather than examining discrete parts of health and well-being in isolation. Even exposure to inflammation as an infant or toddler may have an effect on health years later and play a part in the root cause of your illness and symptoms.

If you’re ready to tackle the root cause of your illness, it’s time to get serious about your health and embark on the path toward making positive changes.

When you get started with GritWell, you’ll be matched with a team of three — a health coach with specialized training in root cause medicine and integrative nutrition, a functional medicine doctor, and a care manager –– all three working together to help you heal. 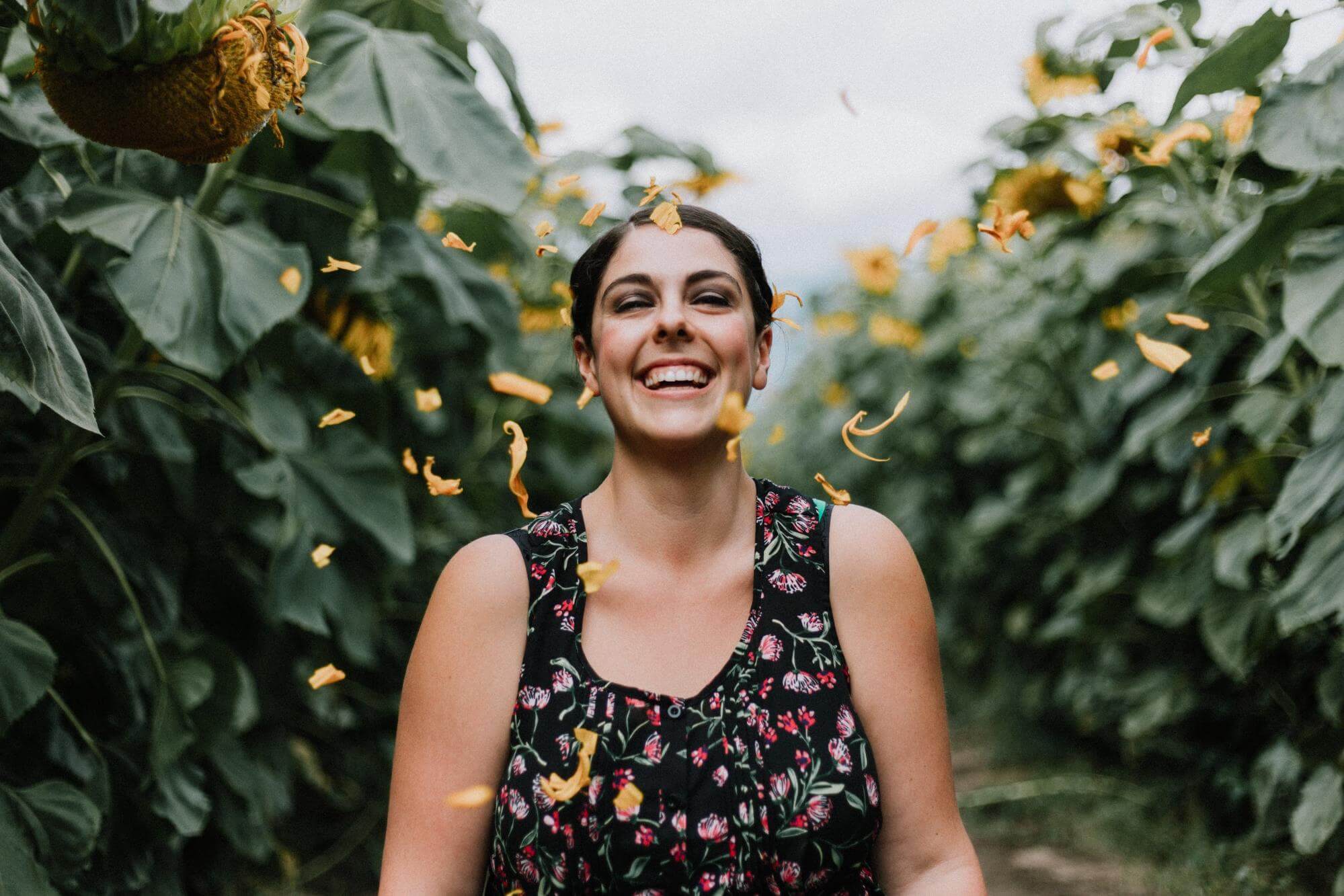 Why Gritwell ?
We create personalized programs designed to get to the root of your symptoms, going beyond just prescribing medication or recommending lifestyle changes. Receive care that helps you understand WHY you have symptoms, and HOW to elimimate them for good.
Learn more

Are Stress and Trauma the Root Cause of My Illness?

by
Anonymous
Wendy Purviance
Read time:
8 mins
Is Antibiotic Overuse the Root Cause of My Illness?

by
Anonymous
Wendy Purviance
Read time:
21 mins
What Are the Health Impacts of Exposure to Toxins?

by
Anonymous
Wendy Purviance
Read time:
10 mins
Are Inflammatory Foods the Root Causes of My Illness?

by
Anonymous
Wendy Purviance
Read time:
10 mins
What Is Root Cause Medicine? 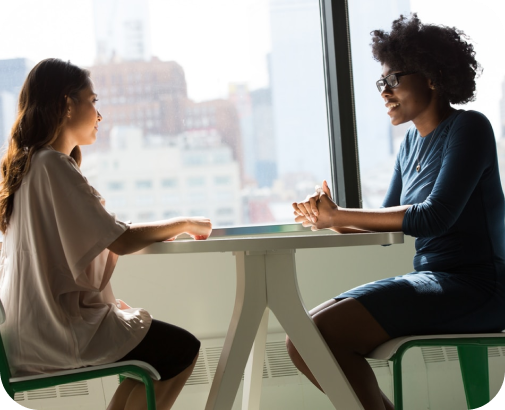 Get the answers you need.
Many of our clients have worked with other providers that didn't resolve their symptoms. We pair you with a functional practitioner that creates a plan based on your unique symptoms, goals and health history
Chat with care manager
Ready to get started?
You’ll be matched with a team of three - a health coach with specialized training in functional medicine and integrative nutrition, paired with an MD and care manager, working together to help you heal.
Explore available plansSee all testimonials

We will text you shortly

Thank you! Your submission has been received!
Oops! Something went wrong while submitting the form.